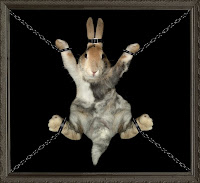 7 APRIL 2010. The session on Monday was good. I was counting down for today's fifth session for a killer workout. We arrived for the session to see the CAGE!!! We first heard of the Cage when we first met Chief James & Gunny Emily on the third April session 2 April 2010.

We whispered amongst us wondering how the the workout will be with the cage... a torture akin of pain and pleasure with bondage crossed someOne's mind. There was only sounds of whispers from the normal chatting noises.. Everybody was excited and anxious...

The cage was part of the three circuit prepared for the day and Lans Corporal Danial was the torturer in charge assisting the lead instructor Sarge Simran and Corporal Faizal Ariff Abdullah.

The platoon was divided into three group with a mixture of Delta, Seal and Rangers. My group was the first to be selected for the Cage!!! Somehow, the cage was calling my name... Eeek!!!

The Cage was designed by Chief James Brabon with a few ironbars that was easy installed and detachable. It is square in shape with two straps at each side. The Cage is a multi-purpose workout circuit that has a few dozen exercises depending on the various level of difficulties.

2 recruits were placed at each strap. While one recruit was 'cage & strapped', the other recruit performed a cage-less exercise. The recruit @ Cage held the strap with both arm and both feet on the ground but slanting 45 degree with the chest facing upwards. Using the arm and back muscle, we were required to pull our body up contacting our back muscle while the cage-less recruit performed squat on 5 sets of Tabata (20 seconds exercise and 10 seconds break).

We alternated the Cage with the Cage-less workout and after completing 5 sets on tabata, the exercise was changed. Those recruits @ Cage were asked to lie-down flat on the ground and both leg was strapped and hung 45 degrees up.... kinky!! We were then asked to lift the buttock up contracting the glut muscle. This is repeated for 5 tabata sets while the Cage-less recruit did the military push-up.

The Cage was exciting but it was not as hard and painful as imagined... in fact it was quite easy. Maybe we were expecting something more masochist.

We then moved on to Corporal Faizal Ariff whom corrected and guided us through a proper form of doing GRUNTS, THRUSTER AND FROGS.... the three killer workout!! This was useful because I too noticed almost all recruits performed these exercises wrongly... that may lead to various injuries. On Tabata, we slowly performed those exercises while Corporal Faizal Ariff went from one recruit to another to check their form and techniques.

The objective was for everyone whether slow or fast, to out-pace and race each other to cross the finishing line first according to their speed. We ran faster when suddenly a few stray dogs decided to race with us too. Our session ended after 5 rounds of sprinting. 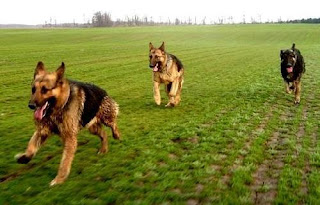 It was a kick-ass circuit. After the warm-down, Chun SSJ, Nawal Aini Zulkifli, Shobha Bala and I decided to go for a recovery run around Padang Merbuk. We jog and jog before suddenly the stupid dogs barked and chased us again..... Shocked at the loud bark, I jumped away and scratched Chun's hand.... Dont ask me why.. it was a sudden reaction....... Chun mumbles and nag at me the whole jog back to our car park.

The AWOLs Dinesh, Anita, Ashima and Sandy........ you missed a helluva training today!!! You didnt just missed the Cage but also the Dogs...