Posted by ARMIN BANIAZ PAHAMIN on April 12, 2010
12 APRIL 2010. It was the first time in my 7 month of Bootcamp'ing that our conventional warm-up was changed. Instead of the routine warm up, we jogged around the car park instead. The Delta jogged four rounds, the Seals 3 rounds and the rangers only 1 round. Those that completed the jog-warm-up first will wait for others on Squat hold position.

Sarge Simran was the lead instructor (of course its him!) assisted by Lans Corporal Anthony. Our too many Grunts for AWOLs punishment were discounted and we only had 20 Grunts. 20 Grunts only?? We were all smiling until Sarge Simran asked to add another 10 extra Grunts for not counting outloud (purposely?)!!! so we did a total of 30 Grunts which was more of a hot-up instead of warming up.

After the 'hot-up', we went running off-field.... to Tugu Hills.. or the national monument, a sculpture to commemorates those killed in Malaysia's struggle for freedom principally against the Japanese during the World War 2.

I was in Team 1 and team 1 had to run 30 meters downhill and sprint back up, tap team 2 on the shoulder and relay the runs. While team 1 was running, Team 2 had to perform three types of exercises namely, the Military Push-up, Frogs and Grunts @ 12 repetitions each exercise for Delta, 10 for Seals and 8 repetitions for Rangers.

I do not mind the push up but I hate the Frogs and Grunts........ I slowly jog downhill and wanted to take my own sweet time uphill until Lans Corporal Anthony suddenly screamed beside me........... RUN ARMIN RUN... LETS RACE!!!!!!! Eeeek... suddenly I saw myself racing with LC Anthony uphill!!! I ran as if I was chased by the Japanese army during the WW2 and arrived faster than planned. Chelsea relayed the run as I started the military push-up........ after the frog, I stopped and was hopeful for Chelsea to return to avoid the Grunts but when she was no where near, I was forced to do the Grunts.... Siigh. 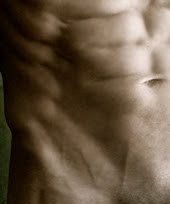 After 4 sets of running and the 3-exercise circuit, we stopped for 10 minutes to perform the... err 'Pulling calves sit-up'??? (i cant remember the name). This was performed on a sit-up position but with both leg curled up at the knee and the partner held the two legs by the calves. As the shoulder were lifted from the ground with both hand behind the head and the elbow infront, we had to pull both leg to touch the elbow. The partner will pull and tried to straightened the legs away from touching the elbow. This was repeated and alternated for a few sets of10 repetitions each.

I luuurve this new stomach exercise!!! I can feel the burn shaping the hidden 6-pack abs but as I was enjoying the abs exercise, Sarge Simran screamed for 2nd round of running relay.

The exercises prepared for the second round was a Killer!! When Team 1 runs, Team 2 had to performed the King Kong Push up, Mountain Climbers and Trusters......  and ceteris paribus. I dont like the Grunts but I hate the mountain climbers more!! My body was excessively pumping out andrenaline... I was hallucinating...... Imagining war and battle, I did the push up, mountain climbers, truster and ran as if it was life threatening.. a matter of life and death but realize it was just an imagination when I saw the sweat was actually sweat instead of blood from the battle shot (stupid but it was really adrenaline pumping coupled by the ungodly early hour).

I was panting breathlessly till the end.....  We jogged back to Padang merbuk and had our warm-down session. The Tugu Negara should also commemorate our effort to stay healthy, fit and lean.....