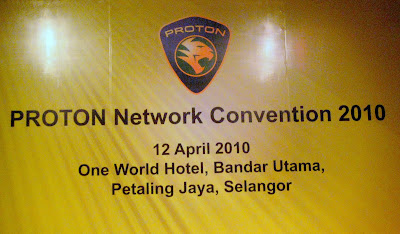 12 APRIL 2010, One World Hotel. Proton Edar held its annual dealer's convention attended to by all Proton Edar dealers and sales branches throughout Malaysia (including East Malaysia). Guests arrived as early as 7am to avoid the morning horrendous traffic. 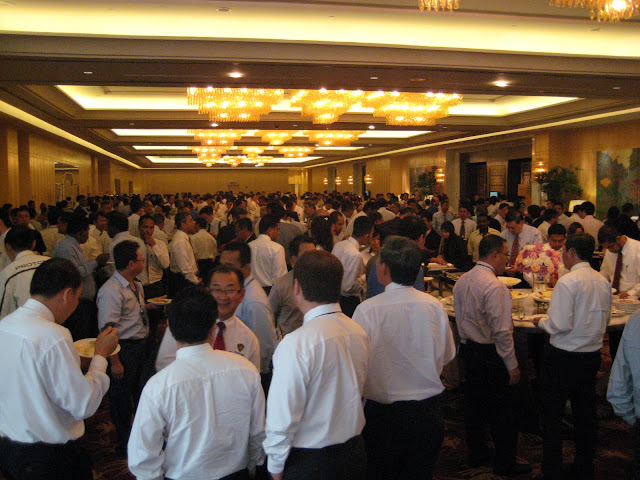 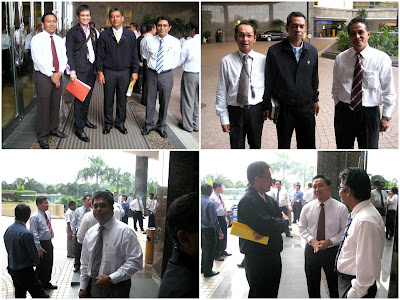 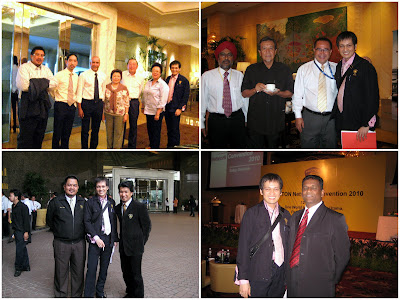 The Convention began with Proton Managing Director Yg Bhg Dato Syed Zainal Abidin's opening remark.. It was too long to be called a speech. When Dato Syed Zainal first came to Proton, Dato Syed called upon all dealers and stake-holders to support him. Dato Syed inherited a legacy of endless flaw with more than 40,000 units of unsold ex-stocks despite at least RM3000 overtrade/bulk discount per car thrown to the market.

Last year, Proton's sales increased by more than 10,000 units despite the recession. For the first time in my 13 years as a dealer, there were no car-dumping to dealers when Proton Edar Financial Year ended end of last month. So if anybody were to ask me how Proton performs? I will ask them to interpret that statement themselves. 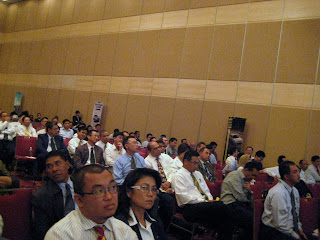 During the convention and still very humble Dato Syed Zainal admitted Proton is far from where we should be and further plead to all dealers and everybody in the network to stand united against any complacency. Although Dato' Syed Zainal spoke for more than half an hour........ other messages have to be censored! But we are proud that Dato Syed Zainal is still humble, pro-active and open for any productive criticism as well as approachable. Dato Syed Zainal was very passionate and inspirational. PEDA and our network will strongly stand united with Proton and against any obstacles. 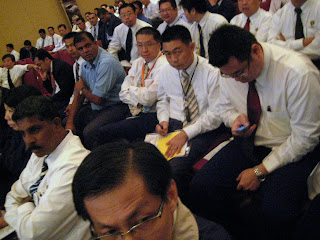 After the opening remark by Dato Syed Zainal, En Mohamad Shukor Ibrahim, Proton Edar Chief Executive Officer presented Proton Edar's current sales strategy and the direction forward. Again, I could not elaborate due to some confidentiality but Shukor's opening speech was an eye opener.

There were three other speakers by Kamsani Ahmad, Zahari Hussein and a German quality director. All details were sensitive but rest assure, Malaysia is in for a head-turning event. 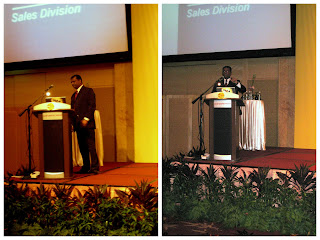 The last speaker was Abdul Sidik Hamid, Proton Edar General Manager for Sales. Sidik.. sort of Proton's version of Obama first made us laugh with some jokes then suddenly... sort of having PMS, he started scolding us!! very typical of a Mamak but having walked his talk and rid the ocean pool of ex-stocks (without any discounting) when he first came to Proton Edar, whatever that he says did ended-up with good results. Of course, as per other details........ we cannot divulge any information of what transpired.

There were no entertainment, No music, no dancing, no jumping, no free T'shirt, no free cap and no complimentary gift except for one RM2 Proton PEN.. as in pen that we use to write.

After lunch, it was time for PEDA 11th ANNUAL GENERAL MEETING..

PEDA Vice-President Abu Lais and Secretary General Jeff Lim Si Heong took the registration of attendance to ensure sufficient quorum for the AGM to convene. The quorum was more than enough and our meeting convened. 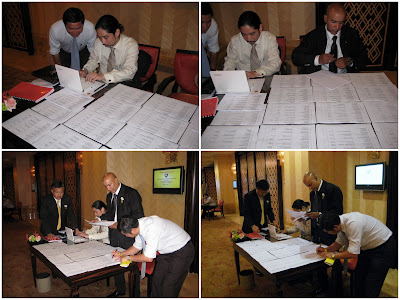 After all the speeches by other speakers........... it was time for my speech as PEDA President. When I was the Deputy President, I receive many complains from the dealers when the president then spoke in English... Some were very blunt that PEDA as an association that gathered all the dealers in Malaysia should be more member-friendly and converse in our mother tongue language Bahasa Malaysia. Now that I am the President, I have to listen to members demand.. and the whole week was spent translating and rehearsing my English speech into bahasa malaysia. Being a kelantanese that seldom converse in proper Bahasa Malaysia .. I have to also learn the correct pronunciation of certain words.

My speech is very important and I wanted everybody to understand and of course.. I cannot divulge whatever that was said here. 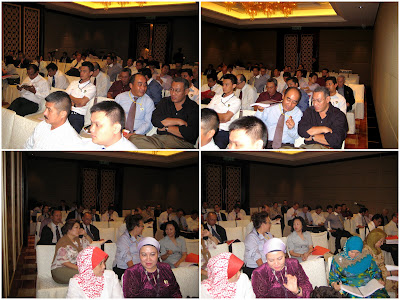 Despite not having any entertainment and a whole day of speeches and speeches. The convention ended with a strong message... PEDA AGM ended with an amendments to the Constitution that adopted Internal-Online-Web www.proton-dealers.com as a formal form of communication between members.