17 April 2010. Since I've join the Bootcamp in October last year, I have successfully attended every session at KL Alpha every Monday, Wednesday and Friday from 5:45am to 6:45am. I have never been late too and I am sad to break my 7 months record when I missed two sessions last Wednesday 14 April and Friday 16 April to attend the Allianz Franchise convention at Kota Kinabalu. Under the ACE-pact, if I failed to attend all twelve sessions in a month, the ACE-council will dress me in any outfit they deemed fit!! With Shobha Bala DBK, Luyen Ow and others in the house... It spells Nightmare to me!!!

Thus, to avoid any extra trouble and unnecessary sleepless night for these people, I went to KL CHARLIE to replace and redeemed my two days absenteeism.

Sessions at KL CHARLIE are held every Tuesday, Thursday and Saturday at 5:45am to 6:45am... I went for the session on Saturday, 17 April 2010 together with Nawal Aini Zulkifli, Lizza Abdul Rahim and Farrah Ibrahim. The Saturday was the BAF (Bring A Friend) Day.

Corporal Faizal Ariff was the leading instructor assisted by Lans Corporal SARAH STONE!! There were barely 20 recruits at KL Charlie with almost an equivalent number of friends. Everybody brought along their spouse, boyfriends, girlfriends and probably mistresses and mastresses.. Except for mattress though I am sure many would want to.

Everybody at KL Charlie are small and petite.. Almost fat-less AND with only 2 guys including me and excluding the friends they brought. There were so many AWOLS but there were no grunts rewarded/punished... Which was very unlike Corporal Faizal... Perhaps he is only strict and stern with KL Alpha. We met Juliza, Catherine and a few more whose names slipped off my mind.

I saw Madam Tee (BIG FAT MOTHER OF ALL ROPE) comfortably lying down in the middle of the field. The platoon were divided into team Alpha and Team Bravo with a good mixture of Friends, Rangers, Seal-Guns and Seal Rifle.


Team Alpha VS Team Bravo
Both team have their own circuit which was similar in distance, exercise and workout. The team that lost the race must perform 10 Grunts.

Both team were further split into two with one team place at one rugby goal post (Alpha 1, Bravo 1) and another team at the other rugby Goal post end (Alpa 2, Bravo 2).

The circuit was divided into three parts.

The race requires one recruit (from Alpha-1 and Bravo-1) to sprint and 'Drop-dead' at every Single-Cone... meaning, the recruits on the move must drop-dead 6 times before reaching the last Double-Cone. I was the first to start. 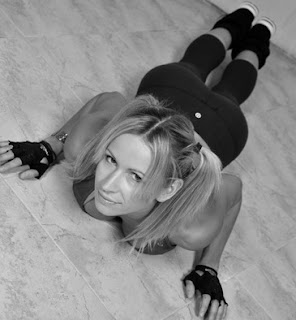 While the recruits on-the-move continuously dropping dead, dragged Mdm Tee and then drop dead again for another 6 times, all other recruits in-waiting must perform deep squat and military push-ups. 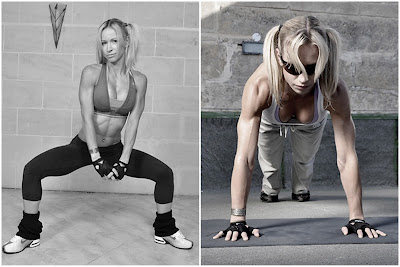 I could not remember if we won or lose the race........ but I remember doing the Grunts... meaning we lost?

It was a fantastic and fabulous workout!!! I burn a total 705 Calories though I did felt dead. Thusfar, today was the highest calories burn for the month.