Today was extra special, we had the Cage, the mud, flooded field and a Cardio punishment for AWOLS. There were 6 AWOLs.. but I can only recall 5; namely Vivien Luyen Ow, Ilyanna Ayob, Syazana Amran, Amy Ho and Danial Ismail. For that, we had 3 laps of run-around-the-carpark and 30 TRUSTERS as a punishment. It was an excellent but exhaustive cardio punishment.

There were Sarge Sim, Corporal Sarge Faizal Ariff Abdullah and Lans Corporal Hafiz Omar supervising us with the Cage. Unlike the previous Cage-Session, there were no Strap today but it was equally as masochist.

There were two lines at every side of the square cage or a total of 8 lines. Behind each lines, there were 5 cones that represents 5 stations with a different sets of workout per station. We had the cage for the whole 1 hour session with only 90 seconds water-break in between.

The First Circuit: The first person will perform the Pull-Ups with the Cage. There was a bar attached to the cage at chest level. To perform the cage pull-up, we had to hold the bar with both hand and the palm facing the face. The body slanted 45 degrees, chest facing up with the heels on the ground. For a period of 1 minute, we have to pull ourselves up until the chest touches the bar squeezing the shoulder blade.. This Cage Pull up worked the back and bicep muscles. 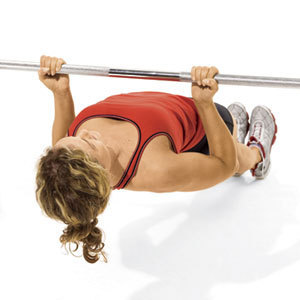 After the Cage, we ran back to the 4th station and did the Mountain Climbers. I cheated abit while doing the mountain climbers when I saw there was no instructor.... but then Farhanah bamadhaj saw and screamed ARMIN!!! Quickly.. I jump like a headless chicken. Then we went to the third station for a deep squat. After the weekend with Chief Brabon & Gunny Emily, I  had perfected my deep-squat and it did not taxed my knee. After a good 20 rep of deep squat, its time for the second station for the Military Push-up which I did a good 30 repetitions and left for the first station for the PLANKS.. The planks was my favourite but somehow I could not keep the back straight and had to cheat abit (again) by raising the ass higher. 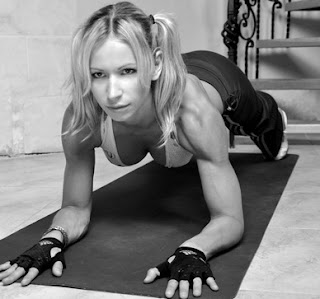 We moved from one station to the other every One Minute. The recruit at the cage would run to the fourth station and perform the allocated exercise for the station. The person at the fourth station moved to the third, the third moved to the second and second goes to the cage. This was repeated for 25 minutes before we were given a 90 SECONDS water-break.

After the water-break, the exercises were changed. 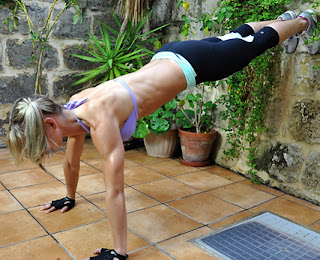 The Second Circuit: Instead of the Cage-pull up, we had the Upside-down push-up with the cage. Upside-down push up was performed with both leg on the bar and both hands on the ground. In that position, we had to lower the chest to the ground ala the conventional push-up. "Straighten your back Armin!!" screamed Sarge Sim... Seriously... I thought my back was straight!! then I continued the upside down pushup and another scream.. Armin, straightened you back!!!... from Sarge Faizal Ariff... Hmm... Woww.. this was tougher that it look!! But I love it!!!

After the Upside-Down Cage push up (elevated push-up), I ran to the fourth station and performed the Grunts!!! Focusing on a perfect form.... the Grunts was easy.  Then I moved on to the 3rd station for a SUMO-SQUAT. Somehow the SUMO Squat was easy... I managed to do 15 slow but perfect sumo squat (or.. it did feel perfect), then I did the King Kong Push-up on the second station.

After 15 rep of KingKong push up on the toes, I went on the knee for another 10 KingKong push-ups before running over to the first station for the JACK KNIFE ABS!! Lying in a bed of mud, leg 90 degrees up-straight and the hand touches the shoe-lace, I quickly lowered down both the hands and legs until suddenly I saw someOne standing beside me... it was Sarge Sim!!! "SLOWER ARMIN!! SLOWER........!! lower down the leg and hand very very slow", Said the Sarge as he guided the slow-pace....... Doing the Jack Knife on slow-motion was excruciating!!! I could swear my 6-pack was bulging out from the dirty grey T'shirt... but actually it was the fat! Then we repeated the Cage-upside down push-up.

The field was flooded and muddy. By the end of the session, we were soaked, messy, dirty but healthy!! but no matter how messy we were, we cant rival the mud at Australia Bootcamp........ 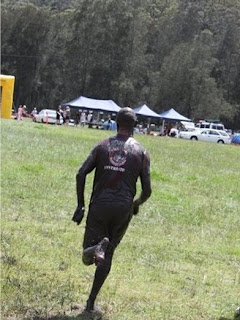 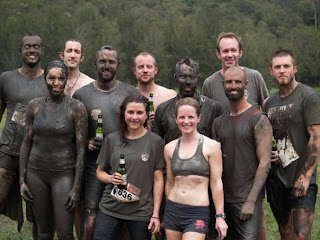 Fortunately.... or unfortunately.... the field at Bandar Utama to be open soon does not seemed to have any mud. So for the mud-lovers, please remind me to 'tapau' some from Padang Merbuk!!