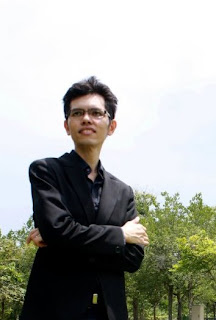 Dixon Thum Wai Khong was a nerd, a geek and an anti sports during his teens and was often teased by his schoolmates with various names from a Fei Chai (fat boy in Chinese), Thum-mytrim, Jelly and anything that relates to fat and plump. Dixon's nightmare at school was the physical education (PE) class and worst, if it was the Sports Day. The agony at school had forced Dixon to adopt running during his undergraduate studies and forced him to joined the local gym in his effort to lose the nickname fat boy along with the fat and weight. Unfortunately, the gym was not at all successful despite the hefty monthly commitment.

Dixon first heard of the CHIEF'S ORIGINAL BOOTCAMP (COBC) online and was really tempted to join but could not afford the program at RM299 per month. However, in June 2011 when COBC launched the program "Now everybody can be hot & sexy" ala Airasia Now Everyone can fly, Dixon's dream came true.. Dixon was given the opportunity to try out the world oldest military-inspired, group outdoor personal training program at the COBC.

Prior to trying out the COBC, Dixon had tried all avenues to lost weight and to have a leaner physique with a 6 pack abdoments. Dixon experimented with various dietary program, gym, running, yoga, weight lifting but all attempts were futile without the dream result. At the COBC, Dixon discovered his inner loves for sports in contrast to his childhood nightmare. The enthusiasm in training had motivate Dixon to re-lived his life-time dream of having a 6 pack abs and a leaner physique. When COBC launched the annual 8 Weeks Challenge together with OBC, Australia, Dixon saw and was determined to at least come closer to his dream body. Armed with RM100 entrance fee for the 8 Week Challenge and a commitment of 8 weeks training with COBC, Dixon was ready to rebrand himself.

8 Weeks later.. Dixon was crowned the local 8 Weeks Challenge Champion for Subang Jaya USJ1. Dixon had won himself with RM800 worth of Body Science Prize pack which was nothing compared to him living his dream! When Dixon first joined the COBC, his Benchmark assessment for Circuit 1 was 13:50 and his 1 mile run was 13:02. Dixon's latest assessment saw his timing improved from 13:50 to 9:00 for his circuit and 13:02 to 9:19 for his 1 mile run. That was a timing recorded in a flooded and muddy track which was a handicapped of at least 20 seconds. His fat level was reduced from 22.4% to a single digit fat level at 9%. Dixon's lost 11kg in weight from 59 to only 48kg. 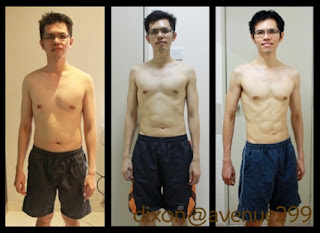 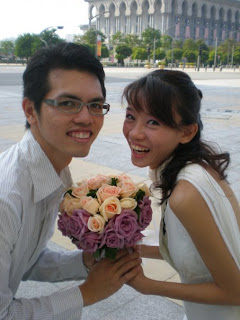 Beside the dream body, improved in agility, speed and form as well as the RM800 prize pack, Dixon is more productive at work. Contrary to many people's misconception, after a good 1 hour morning workout, Dixon became more energetic and better focus at work. Dixon was so motivated that he influenced his wife Tan Mein Mein to also joined the program. Both Dixon and Mein Mein is COBC's walking advertisement.. a COBC strongest advocacy.

From a fat boy and a nerd, Dixon is now one of the most popular guy at the COBC, the Champion for Subang Jaya USJ1 8 Week Challenge, once voted the Spirit Of Bootcamp and is also a blogger at HERE.

The COBC program 3x a week is now a lifestyle for Dixon and he became the admiration of many friends. COBC had also given Dixon a new leash of friends that shared similar passion and interest in health, hotbods and friendship. There is no better place to be than to be amongst the most ambitious and the most passionate circle of people at the COBC. Waking up at 5 in the morning is now a lifestyle. Sweating out in the morning is now a routine. Attending the monthly fancy dress graduation party is a must. 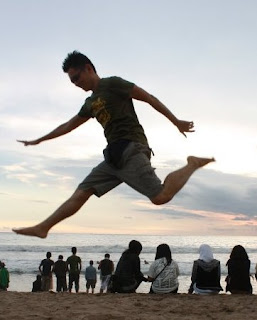 The sweetest revenge was to see those who had called Dixon names before are now even more fat and fluffy and by far more unhealthy compared to Dixon. "If only I have the chance to meet them in person again, I would definitely invite them for a BAF session!". Inspired by other recruits whom had never run pre-COBC but had just completed their 42.195km full marathon, Dixon's next aim is to complete a full marathon and to run various running races overseas. 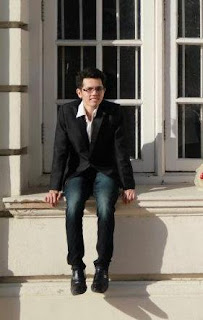 Being crowned the Subang Jaya Champion for 8 WC makes Dixon a public figure soon to be featured in magazines in Australia etc. From a low profile to a public figure, Dixon had set a standard for himself with a higher level of awareness and attentiveness in his food and workout. With every eye on him and watching him, Dixon have to always maintain and improve himself to be an example to other fellow recruits. This will also act as a force majeure for Dixon to maintain if not improve himself to be better.

With 9% fat level, Dixon has 2 other mission at COBC. Firstly, to run and complete a full 42.195km marathon and secondly to have a bulkier and more muscular physique. COBC had given me the strength, willpower and drive and a whole fleet of friends that do not just support but will aimed and target for the same goal. This group became a constant injection of motivation and inspiration that working out for better health and fitness is becoming addictive. My source of inspiration that nothing is impossible was to see Dr Malek Aziz and Armin Baniaz Pahamin, two successful cancer patient whom are living a very healthy life to the fullest. It would be devastating if you do not learn a thing or two from them.

Together with a whole bunch of recruits from COBC, we are a walking testimony that miracle do happen to those that worked hard for it. Surrender yourself to COBC's 20 years old program and you will not only get that dream body but you have the whole platoon driving and making sure your dream comes true. 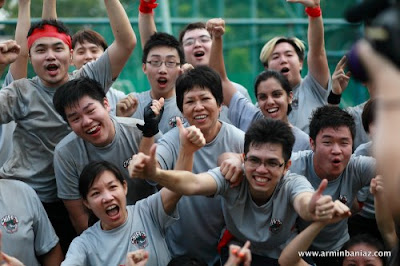 Ordinary people getting extra-ordinary result!!! if Dixon Thum can do this... so can you!!