MY LIFE IS JUST A PAIR OF JEANS 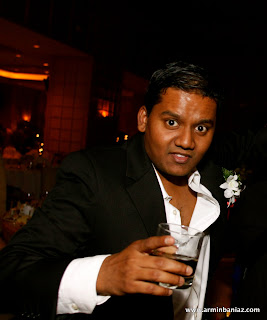 Vimalendran Shanmuganathan, aged 30, is a graduate from the University College of Technology and Innovation (UCTI) and the co-founder of www.gottagrabit.com, an online e-commerce specializing in toys, gadgets and collectibles (action figures) that was established in 2009 as a hobby, and it still is. Vimalendran is also currently attached to Hewlett Packard and whatever balance time he has, he sing as the lead singer and guitarist for a band that was founded in 2001 called the Qings & Kueens.


Vimalendran's life is at his primest being a successful singer, guitarist and an e-commerce entrepreneur over and above the career at Hewlett Packard. He even recorded his own album in 2004 and received various invitations to perform at weddings, Corporate events and private functions. In 2008, Vimalendran traveled to Singapore for a performance, a shopping trip and an apparent holiday with his girlfriend then. The performance was well received and went smooth, Vima bought himself a pair of jean and wore it for a nice romantic dinner before departing out of Singapore but the planned romance was short lived. Vima's love life ended that night when both Vima and his girlfriend decided to be separated and chased each other's dream.

That was the last that Vima could fit into that brand new size 32 jeans bought from Peninsula Mall in Singapore and the last that Vima was attached in any relationship. Vima was living life with endless beer, alcohol, food and lazing in-couch without any form of exercise except for his vocal chords when he was singing. Vimal's weight ballooned up to 78kg and his waist-line expanded to 36". 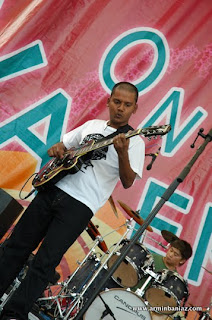 
"What started as torture, became pain, then soreness and bliss!! Now we want to get everyone we know on board the Chief's Original Bootcamp, starting with my family, friends and new friends", said Vimal and proudly announced his sister together with her best friend Catherine had registered for the March intake. (Picture on right -> notice another Chief's Original Bootcamp recruit Jerry Soon.. the drummer!! There are so many talents in our community)

"I still have some work to do on the demon fatties. I am grateful to the universe, to the trainers, my parents for putting up with all the washing and cooking of allowed food, and mostly, to David Anand Pillai who believed that I could do it." added the single most eligible bachelor.

"I would like to share this with you, and the world, if you deem fit. The story revolves around the 32inch waistline jeans, and what happened 3 1/2 years later.", asked Vimal when we first spoken. I said, of course this story would fit!! It is an inspiration to many other people whom did not have David Anand Pillai. You are lucky to have a friend that believes in you. 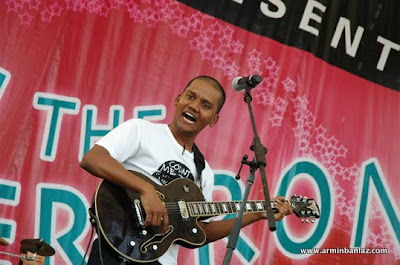 If Vimal, a party goer, an artist and a geek can do this... anyone can!!! Now that Vimal is back in his favorite jean where he last fall in love, Vimal is on the lookout for Missus Right. If you know ANY single ladies and wants to jiggle, err.. you know where to find Vimal.. at COBC!!