UP CLOSE AND PERSONAL WITH MR & MRS BAAKE 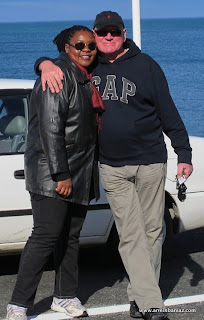 If there is one most talked-about couple at the Chief's Original Bootcamp Damansara Heights, then it must the Baakes!! Mr & Mrs Baake is  one of those many couples at the Chief's Original Bootcamp that inspired many others to take charge of their health and fitness. Thomas Baake and Stella Baake met in 1993 and after 5 years of courting, they took their relationship a step further into marriage. Their wedding was held in Germany. When others would be honeymooning romantically by the beach with beautiful sunrise or up the mountains with stupendous scenic, the newlywed Baakes, went for the Hash-run instead... I mean.. they both participated in a running event in Bangladesh!!! 19 Years later, Stella is still waiting for a nice Honeymoon but that did not stop them from expanding their family!! The Baakes are blessed with 6 children and 7 grand children.. even without the nice honeymoon.

Before coming down to Malaysia, the Baake was in Thailand for 3 years and 6 months. In Thailand, they adopted a healthy lifestyle by going to the gym daily and even participated in various 10km and 21km runs. They both experimented various physical exercises and even tried different gym club membership to find the mojo for a continuous aspiration to workout. The now Chief Executive Officer at the ERL Maintenance Support Sdn Bhd (E-MAS) was a member at the Clark hatch and Stella at the Fitness First for several years. They were never exhausted of effort and an active 5 times a week gym-goer but they gained more weight during this period than before. Both of them simply love the local cuisine and pubs at the amazing Thailand. 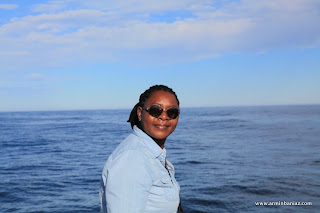 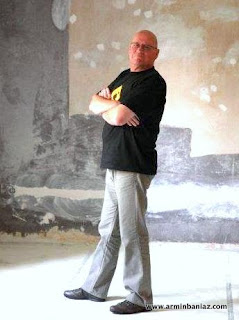 Thomas Baake studied at the Fachhochschule Main, Germany and was previously in operation and management with Deutsche Bahn AG, DE-CONSULT, a management consultant company. The specialist in railway sector with over 35 years worldwide experience in Railway operation and railway-related project management is the Chief Executive Officer for the ERL Maintenance Support Sdn Bhd (E-MAS) since 2002 when KLIA Express commenced operation. E-MAS was established in 1999 as a joint-venture between Express Rail Link Sdn Bhd (ERLSB) and Siemens AG. In 2005, ERLSB became the sole owner of E-MAS. E-MAS operates and maintains the Express Rail Link Services which consist of the KLIA Express and KLIA Transit, with a route length of 57km from KL Sentral and KLIA. Through E-MAS, Thomas Baake also provides operations and maintenance services to Suvarnabhumi Airport Railway Line, Thailand, Keretapi Tanah Melayu Berhad (KTMB) Malaysia, Perak Hanjoong SImen (PHS) Malaysia, Department of Railway Malaysia, Costa Rica Light Rail. With an important clientele and hectic work schedule, Thomas Baake and his Mrs, are in a constant look-out for a healthy lifestyle and fitnes program. 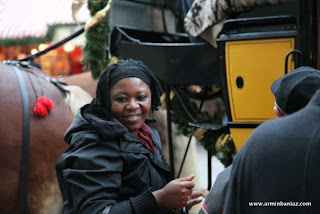 Stella Baake is a domestic-engineer and is currently attached with the Baake's Household Inc as its Managing Director.. aka.. housewife. Although it is made in Germany and built to last but managing the Baake requires alot of fitness and fortunately, in September last year, the Baakes discovered the Chief's Original Bootcamp through the Groupon promotion and their life took a turn.


"Our lives has changed since we took the COBC RM49.00 promotion last year", said the forever cheerful Stella and further added, "We never look back since. Infact, I was even being a bitch while talking on the phone with Farhanah Bamadhaj and Rose Emini Pahamin as I waited until our voucher was one week before expiration. Little did we know, that this would change our lives for better." 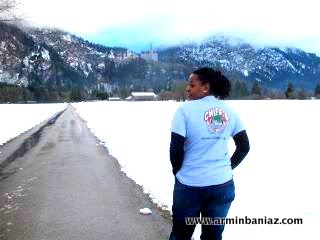 The friendly and always smiley Stella continued, "Both me and my husband like working out at the Chief's Original Bootcamp as it gives us the opportunity to do it together. We would always encourage each other (for better and for worse)".  That personal encouragement had spread as a motivation to others at the COBC too without the Baakes even realizing it.

"There were variety of exercises that kept our spirit high as oppose to the boredom of routine gym program", added Stella. "The instructors were great and fabulous with their words of encouragement which became addictive as a daily motivation. 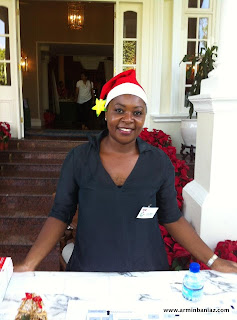 "Our fellow comrades were great too', said the husband, father and a grandfather. "The training at COBC has completely changed our life. We used to meet for Friday drinks at the pubs after a long working week but now, the drinking session has been replaced with training and exercising sessions at COBC Damansara Heignts Zulu, which is a far better better meeting point", added the avid photographer.

The son of German and a pocket philosopher ended the interview with a strong remark and echoed by the charming Stella, "We always look forward to a good workout session. All in all, this was the best thing we ever did and still do for us".

Rose Emini Pahamin knew the Baakes as the sweetest couple. During weekend when we train for our running, Thomas would suddenly slowed down and turn back saying... I'm waiting for Stella and Stella would continue to cheer for Thomas to keep going. At the COBC session, everytime they are around, they would bring along with them an energy so positive, it could be felt by almost all recruits.