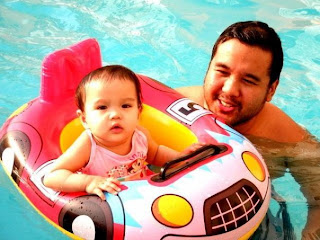 Death seems to be very friendly nowadays and befriended many within my circle. Within less than a quarter in a year, I lost an aunt, a cancer-comrade, a grandmother-in law and yesterday a running-comrade Kharis Idris or more fondly known as TSB or Tuan Senang Besar on facebook and Boboi by family members and close friends. I shall referred him as TSB here since that was his preferred nick on cyber. He left us yesterday,14 October 2011 very early in the morning leaving behind a beautiful wife and a daughter aged 4 years old. TSB was my neighbor for the longest of time at SS3/80 before we all left for Sungai Penchala. His parent's house was almost the opposite of mine and we always went on Mercun war during hari raya.

Although I do not know TSB in great details but TSB shared similar passion with me in many ways from blogging to running. He was a blogger at HERE. We were both PJ boys and of course went to the best school (in PJ) at the  Bukit Bintang Boys School (BBBSS) and we were both a smoker (err.. but I've stopped for already 13 months but he was still a chimney). The passion that we also shared passionately was in running!! We tend to bump into each other more in running competitions than we would when we were neighbours. If there was one feature that was prominent in TSB, it must be his friendly smile that was sort of built into him. He would be all smiley and friendly anytime of the day even when we were struggling up a hill during one of the running competition. 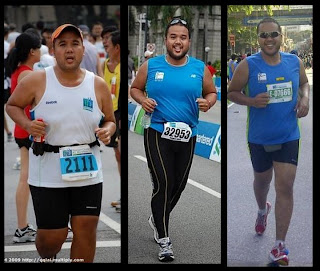 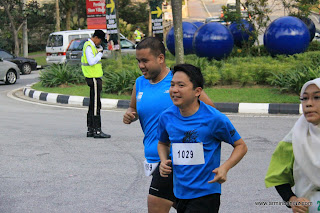 A post-mortem that took hours and ended at 2pm (same morning) could not diagnosed the prognosis of his death but his heart was cleared of any blockages. It could be a stroke but the cause of death has yet to be determined. His body was brought to Masjid Bulat for prayer then to his parent's house in SS3/80 for his family members to pay their last respect and the funeral was held in Kajang. 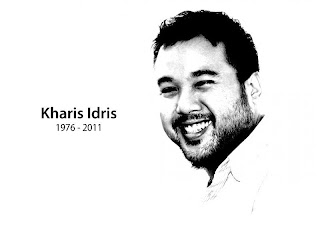 TSB's death is disturbing to the runners fraternity. Whilst we all thought running is a good form of exercise but it must always be accompanied with a good rest, good sleep, good nutrition and most importantly well hydrated. Other than that... go moderation which does not exist in my vocabulary too! But let us all learn from TSB whom is not just an avid runner but a keen athlete too.  TSB collapse during his routine morning runs at 7am before heading off to work. Always exercise (especially in outdoor) with a partner and never exercise when lacking rest & sleep. Please avoid any fat-burning supplements that is without our Ministry of Health certification. Our Ministry of Health has one of the highest restrictions on fat burning supplements and we should always stand guided by its accreditation. My prayer for TSB's well being in the after life. Alfatihah.

If there is anyone that you love and care, please show, express and tell them now how much they mean to you before its too late. Life is just too short Subhanallah.

To all the runners at BSN Night marathon tonight, have fun.. HOOYAH!!